In 2017, West Coast Contractors (WCC) was called on by the California Department of Transportation (Caltrans) to repair two slides on Highway 101 in the Redwoods near Big Lagoon, about 30 miles north of Eureka, California. The unstable soil in this area has resulted in multiple slides and repairs since the road was constructed in 1922. These latest slides were caused by soil movement due to heavy rainfall in March of 2011 which caused two culverts under the highway to separate. Without adequate drainage, the bank on the west side of the highway became saturated and slid. Temporary repairs were made to allow adequate time to design and engineer the repairs.

WCC subcontracted with longtime partner Malcom Drilling to drill and set 125 piling into the subterranean rock which act as anchors for a soldier pile concrete shoring system. As the two-lane road is narrow throughout the work area, traffic signals was installed at either end of the 1500 ft. work area with one lane of traffic open. The work needed to stop for the winter in late 2017 and was finish up in the summer of 2018.

This is one of several projects that Caltrans awarded West Coast Contractors in the Eureka area. Others include emergency road repairs and bank stabilization at historic Fernbridge on the Eel River near Ferndale. 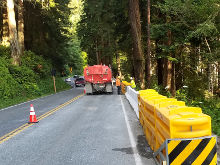 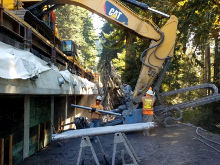 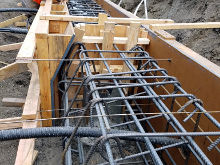